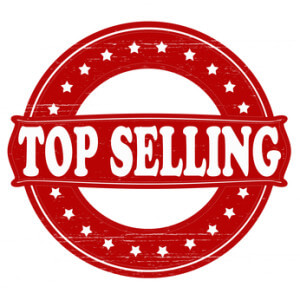 At CarMark Hawaii, our primary business is buying used cars for cash from those in Honolulu who are relocating, in the military and being deployed, or who for any reason at all want to sell a used car, truck, van, or SUV. We enjoy learning everything there is to know about new cars, which ones rank highest in terms of safety, which are most popular, etc. Recently, we read an article at USA Today regarding the Toyota Camry, and how it “bumped off” one of the pick-up trucks in the top three of the 20 best-selling vehicles in the U.S. for February.

In January, the Camry ranked number five on the top 20 list, just below the top selling vehicles including the Ford F-Series, Chevy Silverado, Ram 1500-3500, and Toyota Corolla. The Ford F-Series and Chevy Silverado have ranked #1 and #2 respectively in January and February. However, in February, the #3 spot (Ram 1500-3500) was “bumped off” by the Camry, which took over the #3 spot on the list. In February, Toyota sold nearly 33,000 Camrys, putting it in third spot over the Dodge Ram, which took the #4 position with 31,298 sales during the month of February.

While midsize sedans have always been one of the most popular market segments in the auto industry, it appeared that many were not faring as well recently, as small crossovers fast became the favorites of customers. All in all, though, midsize sedans fared fairly well in the February list, which included not only the Camry but the Nissan Altima, Ford Fusion, Honda Accord, Honda Civic, Chrysler 200, and Hyundai Elantra. The Toyota Camry has been a favorite for years, and appears to remain a favorite of motorists today.

Other pick-ups that made the 20 top selling list include the GMC Sierra PU at #20; several SUVs also made the list, including the Ford Explorer and the Toyota RAV4. Which vehicles dropped completely out of the 20 top sellers for February? The Jeep Cherokee and Ford Focus.

Looking to sell your used car for cash? Whether you have a Toyota, Honda, Nissan, Hyundai, Ford, Chrysler, Chevy, or any other brand, we’re the car buyers in Honolulu that you can trust, and we buy used vehicles that are 8 years old or newer and that have 100,000 miles or less. Come see us at CarMark Hawaii today, or fill out our online appraisal form to get the process started.