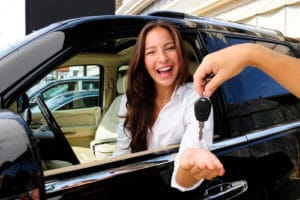 At CarMark Hawaii we’ve been in the business of buying used cars for cash in Honolulu for almost longer than we can remember. If there’s one thing we know, it’s that lots of people love that new car smell. In fact, it’s so ingrained in American culture that some companies have made air fresheners for automobiles over the years that give off that new car smell! Like it or not, one automaker is seeking a patent that will make it possible for them to get rid of the odor we’ve all come to recognize – and that some of us are even fond of.

Ford Motor Co. wants to eliminate the odor that Chinese consumers absolutely hate. Strange how one country actually likes a new car smell, while another finds it the most pressing problem with purchasing a new car.

So what is that new car smell? Reports say the odor is produced by VOCs or volatile organic compounds given off by plastic, leather, vinyl and other components of the interior, along with chemicals used to seal or attach various parts of the car. Scientists at Ford believe “baking” a car after it has been purchased would eliminate the new car smell. This process involves a lot of technology, but is basically heating up the car to a high temperature which will release compounds and make the odor disappear.

A ruling has not yet been issued on the patent application by the U.S. Patent and Trademark Office, and Ford doesn’t seem to be pushing the matter at the current time. Auto makers pay enormous attention to what Chinese consumers desire most, because it is the largest car market in the world.

Interesting . . . maybe in the not too distant future we’ll have brand spanking new vehicles without that new car smell. Weird.

Are you looking for a way to sell your used Ford for cash in Honolulu? Maybe you could use some extra cash for Christmas, or you have your eye on another vehicle you would really like to have and you’re ready to get rid of your current car. Either way, when you deal with CarMark you can expect the experience to be simple, quick and pleasant. Give us a call today!