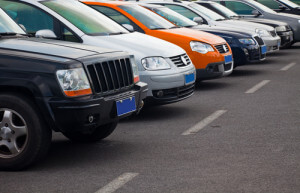 It’s hard to believe 2015 is already come and gone, and we’re moving into a new year. According to a recent car news article at the New York Times, the auto industry had a stellar year in 2015 – in fact, it looks as though when the final tally comes in, auto sales in the U.S. will eclipse the previous record set in 2000 of 17.4 million vehicles sold! However, the market looks very different from 15 years ago, when the three “giants” in the industry were Ford, DaimlerChrysler, and General Motors.

Because we buy used cars for cash in Honolulu, we take a great interest in what’s going on in the auto industry. So, what vehicles were hot in 2015? It seems that Nissan, Honda, and Toyota gained substantial market share, while Kia and Hyundai continued to climb as well. BMW and Subaru also experienced a year of growth.

Crossover models have become extremely popular because of their fuel economy, and the fact they have the utility and interior space of an SUV in a passenger-size car. According to reports, crossovers have replaced midsize sedans in popularity. In the SUV segment, the top sellers today include the Toyota RAV4, Ford Escape, and Honda CR-V.

Americans still love their pick-up trucks, and all was not lost with Ford – especially after full production of its new aluminum-body F-series pick-ups began.

With a new year beginning, automakers have another chance to grow sales and become bigger players in the field. We’ll see how things turn out a year from now! Americans love their vehicles, although preferences change frequently due to our ever-increasing technology.

Are you looking to sell your used car for cash in the Honolulu area? At CarMark Hawaii, we offer a fair deal, friendly staff, and more than a quarter century of experience. Call or fill out our online appraisal form today!