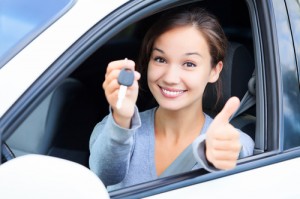 At CarMark Hawaii, we buy used cars for cash in Honolulu – and we’ve been in the business for decades, working with military members who are deploying, civilians, and others who want a quick, fair deal for their vehicles. Recently in car news, we came across some information regarding which 2016 vehicles were deemed to be the most “worry-free” in terms of reliability, maintenance costs, and warranty terms.

According to Cars.com‘s 2016 Worry-Free Index, those that scored strongest include the Acura MDX and RDX at #1 and #2, followed by the Toyota Highlander, Honda Odyssey, Ford Mustang, and Ford F-150 rounding out the top six. Also among the top 15 vehicles that scored high on the WFI were the Honda Accord, Toyota Camry, Ford Fusion, Ford Edge, Toyota RAV4, Chevrolet Malibu Limited, Hyundai Sonata, and Subaru Outback. Number 15 on the list was the Buick Encore.

Consumer-reported reliability scores, anticipated maintenance/repair costs and strong warranty provisions are among the factors taken into consideration in scoring the WFI. We understand consumers want to have confidence in the vehicles they drive, knowing their family is safe and secure while on the roadways, whether going to work, running errands, or vacationing.

Have a used Toyota, Ford, Chevrolet, Hyundai, Subaru, Buick, or other car, truck, or SUV you’re looking to sell? If you’re wanting to sell your used car for cash in Honolulu, we make it easy. Whether you’re in the Air Force and leaving Hawaii or a civilian who could use the cash, give CarMark Hawaii a call today! We make selling your used car easy and hassle-free.