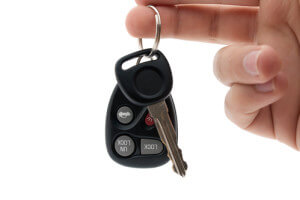 According to a recent car news article in the New York Times, the auto industry in the U.S. has seen its best sales in the month of October this year than those for a one-month time period in 10 years. Of course Volkswagen was not part of this, considering their sales were virtually flat following the emissions tests cheating scandal.

Karl Brauer, analyst with auto research firm Kelley Blue Book, said that the auto industry had “officially” passed recover mode and was now setting records in regards to new car sales. Consumers have been splurging on SUV’s and pickup trucks of late, thanks to lower gas prices, reduced interest rates, and easier credit. In the U.S., nearly 1.5 million vehicles were sold during October, a 13.6% increase over sales in October of 2014.

Ford and GM claimed sales for October of this year were the highest since the auto industry began zero percent financing in October of 2001, following the September 11 terrorist attacks. For GM, nearly all sports utility vehicles posted gains in October, which they said more than compensated for lower sales with the Chevy Cruze, Buick Verano, and other compact cars. Ford also experienced large gains with sales in the SUV sector, particularly with the Edge and Explorer which increased by 39% and 30% respectively. Ford’s F-series pickup continues to be the best-selling vehicle in the country, with more than 65,000 sold during October.

The Jeep brand was the biggest contributor to the rise in auto sales in October, with an increase of 33%. Because of the emissions testing scandal, VW had a gain of less than one percent for the month, excluding the Audi luxury brand.

The demand for SUV’s and pickup trucks was apparent as demand for luxury vehicles was in decline in comparison. Tom Libby, analyst with IHS Automotive, said gas prices and low interest rates worked in favor of larger vehicles; additionally, these types of vehicles make for larger profits for automakers than cars.

Overall, automakers have sold 14.5 million vehicles in the first 10 months of this year, an increase of 800,000 vehicles over the same time period last year.

At CarMark Hawaii, we’re happy to see that the auto industry is improving, and that sales for most manufacturers have increased.

As a company specializing in buying used cars for cash in the Honolulu area, cars, trucks, vans, and SUV’s are our business. We cater to the military and civilians in the area who need to sell a used vehicle for cash, whether because of deployment, relocation, or simply for the money to pay bills, enjoy a much needed vacation, or even to buy Christmas gifts for the family. The reason makes no difference! We buy used cars in good condition with 100,000 miles or less on the spot, paid for or not. Give us a call or come by today!