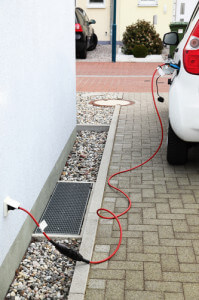 Recently, a car news article at USA Today covered the Chevrolet Bolt, an electric vehicle that is schedule to come out sometime in 2017 along with another vehicle which has yet to be disclosed. The assembly of the new electric Bolt is expected to result in the hiring of about 300 workers at GM’s Orion Township assembly plant in Michigan.

GM reduced production earlier in June due to falling sales of the Chevrolet Sonic and Buick Verano; this will result in about 100 workers being laid off from their jobs at the assembly plant over the remainder of this year. The reason for the reduction in sales of the two compact sedans is said to be American consumers’ preference for larger vehicles, and moderately low gas prices.

GM is investing $245 million in the electric car project, a substantial portion of the investment to be used in the purchase of tooling and equipment to be installed for production of the vehicle next year. The Bolt will fall in a price range of about $30,000 after a $7,500 federal tax credit, and is expected to give motorists the ability to drive 200 miles on a single full charge. The Bolt is the company’s first completely electric vehicle.

After the loss of 100 employees over the remainder of this year due to reduced production and the hiring of 300 for the 2016-2017 Bolt project, it looks like Orion Township will have a net increase of about 200 jobs at the assembly plant.

Are electric cars and vehicles that drive themselves the wave of the future? We’re not certain at this point, but we do know one thing – at CarMark Hawaii, we buy used cars for cash in Honolulu, whether from those in the military who are being deployed or relocated, or anyone who simply wants or needs some extra cash. Looking to sell your Ford, GM, Chevy, Toyota, Buick, Nissan, or other vehicle for cash? Call or come by CarMark Hawaii today, or fill out our online appraisal form. Quick cash and same-day service in most cases!