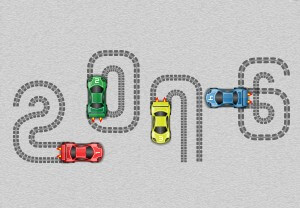 Being in the used car buying industry for more than a quarter of a century, we’ve seen a lot of big changes in the auto industry and we’re always following car news. Like most everything, cars seem to come full circle – many going back in time when it comes to body shape and appearance. If you’re a Camaro fan, you know today’s models are very reminiscent of those from the late 60’s, particularly the ’69 Camaro. Next year is the icon’s 50th anniversary! Motor Trend named the 2016 Chevy Camaro “Car of the Year,” but what will the special edition 2017 model for the Camaro’s 50th anniversary bring?

Chevrolet hasn’t said how many of the 50th anniversary editions they plan to build, but that there is no cap. To date, pricing has not been announced.

The Chevy Camaro has been a favorite throughout the generations. While it was one of those vehicles teens and twenty-something’s drooled over in the 70’s, you’ll see many fifty- and even sixty-something’s driving today’s newer models!

At CarMark Hawaii, we deal in used cars – specifically, we buy used cars for cash in Honolulu and surrounding areas. Whether you have a 2011 Camaro or a 2007 Nissan Altima, give us a call or fill out our online appraisal form. When you’re looking to sell your car for cash, no matter what the reason, we’re the friendly staff you can trust to make the process easy and painless!