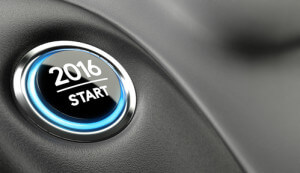 According to a recent car news article at the New York Daily News, their team of auto experts have determined which 10 new vehicles out of about 50 significantly updated or redesigned models will be the “most important” in 2016. As a company that buys used cars for cash in Honolulu, we thought our readers might find the top choices interesting!

The Volvo XC90 is a bit more ‘muscled up’ than its previous version of the SUV, and similar to the Range Rover in certain nose/tail elements.

The Toyota Mirai isn’t a pretty car by any means, but may be the most significant cell-powered electric vehicle according to Toyota, who intends to produce a significant number of these cars for sale at a contextually reasonable price.

Honda’s upscale brand Acura will offer the NSX sports car, slated to define its brand as the most sophisticated ever for Acura with all-wheel drive, twin-turbocharged, and an exterior design that’s sure to capture attention!

Cadillac’s new CT6 debuted earlier this year, and the 2016 luxury sports sedan is said to be the automaker’s first credible flagship car in years.

The Mazda MX-5 Miata is a 2 seater sports car that experts believe represents the spirit and essence of Mazda better than any model in the brand’s history. Affectionately described as a street-legal “go-kart” that’s fun, and more fuel efficient than ever.

The other five vehicles that made the top 10 “most important” cars for the coming year include:

What makes these 10 most important? Several factors, including power trains, refined driving dynamics, sensational styling, safety technologies, dependability, and more. The automobile industry is one that’s highly competitive; brands have to make their vehicles “better” than their competitors’ for their products to stand out among consumers!

At CarMark Hawaii, we’re always interested in what’s hot in the auto industry. If you’re looking to sell your used car for cash in the Honolulu area, trust the best! We’ve had thousands of satisfied customers over our more than 25 years in business.