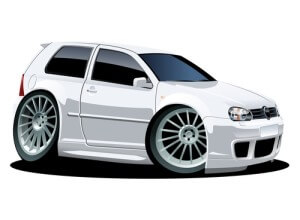 At CarMark Hawaii, our business is buying used cars for cash. Because of the industry we’re in, we’re always interested in any car news. Most people are aware of the VW scandal that’s been in the news of late, due to the company’s “cheating” when it comes to emissions tests. How did the auto industry fare overall for the month of September? Fairly well, according to a recent article at the Portland Press Herald.

Of course Volkswagen had to halt sales of the company’s diesel-powered vehicle because of the emissions scandal, however Ford, Nissan, Fiat Chrysler, GM, Toyota, and Hyundai all had a good month with substantial sales increases. In the U.S., Ford’s sales for September increased about 23%, while Hyundai enjoyed a 14% sales increase, Nissan an 18% increase, and Toyota a 16% increase over sales from this time a year ago.

On September 18, it was revealed that almost 1/2 million VW and Audi diesels sold in the U.S. were manufactured with software that made it possible for the company to “cheat” on emissions tests. After this announcement, the brand struggled; in fact, comparing this September to the same month one year ago, sales were up for VW less than one percent.

To wrap it all up, GM sold over 250,000 cars and trucks in September, giving GMC the best September the auto manufacturer has had since more than a decade ago in 2004. Ford sold nearly 221,600 vehicles, with the F-Series pickup truck, one of the most in-demand vehicles for the company. Fiat Chrysler enjoyed its best September in 15 years, with more than 193,000 vehicles sold. Even though gas prices have plummeted in recent months, the Toyota Prius did well with a 12% increase in sales over the same period last year.

Nissan also had a great September with the sales of nearly 122,000 vehicles in September – the brand was boosted by a 30% increase in sales for its luxury brand, Infiniti.

It looks as though the auto industry, other than VW, is doing quite well.

If you’re looking to sell your used car for cash in Honolulu, count on CarMark Hawaii to make the process easy and stress-free. Paid for or not, we’re ready to make a deal with you on a good, clean used car that’s 8 years old or newer, with 100,000 miles or less. We’ve been the leader in the industry for nearly a quarter of a century, so why settle for less? Give us a call today, or fill out our online appraisal form.