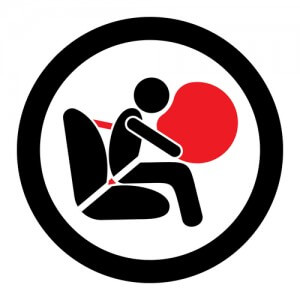 Defective airbags have been the biggest recall in auto industry history, and it may be getting even larger according to recent car news, which reveals Japanese manufacturer Takata may be adding another 70 to 990 million airbag inflators to the recall.

Our position as buyers of used cars for cash in Honolulu compels us to make consumers aware of these dangers so that they can avoid possible injury. According to news reports, about 29 million of the inflators have already been recalled in the U.S. due to a volatile chemical, ammonium nitrate, that could result in a ruptured airbag that sprays metal shards which could strike occupants of the vehicle in the event of a crash. Over the past two years, Takata airbags have been pulled from vehicles by some of the industry’s most well-known automakers including Chrysler, Ford, and Honda. To date, there have been 10 deaths believed to be related to the exploding Takata airbags.

Is your vehicle now on the list? The NHTSA has created a page so consumers can determine whether their vehicles may be impacted by the recalls. The list is enormous, and includes many makes and models by Honda, Volkswagen, Ford, Chrysler, General Motors, Toyota, Subaru, Nissan, Mitsubishi, Mazda, Mercedes-Benz, and BMW.

While airbags were originally created to enhance safety and protect drivers and passengers in the event of a crash, it has become apparent in recent years that in many cases, airbags can result in even more injuries than are caused by the crash itself.

At CarMark Hawaii, we cater to individuals who are in the market to sell their used car for cash in Honolulu. If your vehicle is a 2007 or newer model with up to 100,000 miles, come by and see us! In most cases, you can get the cash you want for your used car, truck, van, or SUV the same day you come in.