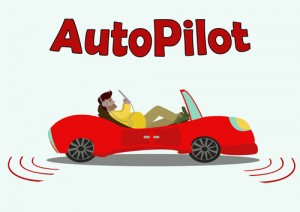 Recently, it was announced that automaker Tesla was asked by Berlin to stop using the misleading term ‘autopilot’ in its car advertisements. According to news reports, Germany officially made the request in the days after authorities warned owners of Tesla vehicles the feature was not for full self-drive, but instead for assistance. As a company who buys used cars for cash from military members and civilians in the Honolulu area, we’re always interested in the latest car news!

How did Tesla respond? The company is still standing by statements made in the past, saying that drivers are warned that although the vehicles are equipped with the autopilot feature, they must still pay attention to the road at all times. A spokeswoman for Tesla said that, when compared to manual driving, the autopilot feature simply provides an additional layer of safety and reduces the workload of the driver, much like an airplane on autopilot.

As a motorist, would you trust ANY vehicle to drive on its own without your assistance or attention, even if it was equipped with a full self-drive feature?

At CarMark Hawaii, we cater to those stationed at JBPHH and civilians who are looking to sell their used cars for cash on Oahu. Whether you’re in the military and being deployed or leaving the island, or someone who could simply use the extra cash, we make the process easy!

We know selling a used car can be time consuming and stressful, especially if you’re not looking to trade your vehicle in for a newer model. With CarMark Hawaii, all you need to do is check out the requirements on our website, fill out the online appraisal form, and work with our friendly staff! You bring your used car in and leave with cash the same day. Why make things harder than they have to be?

Want to sell your used car for cash in Honolulu today? Count on CarMark Hawaii to make it happen.