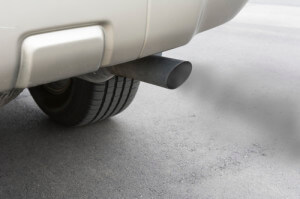 At CarMark Hawaii, we buy used cars for cash in Honolulu – including VW’s. We thought some of our readers may find the car news below interesting.

Last September, the EPA revealed that Volkswagen cheated on U.S. emissions tests by using a “defeat device” software. A recent survey conducted by AutoList reveals that not only has the public’s confidence in German-made cars been shaken, many automakers reputations have been damaged, including those in the U.S.

Almost 2,400 U.S. car owners were surveyed, participants from all 50 states who owned various vehicles which were not necessarily VW’s. The results of the survey indicated that overall, the public’s trust in the industry was down by 12 percent. Confidence in the quality of Volkswagen plummeted a whopping 27 percent, while confidence in the quality of German engineering slid by 18 percent. Obviously the scandal impacted German automakers to a greater extent than U.S. automakers.

Some consumers who participated in the survey found the emissions cheating to be as serious a concern as the BP oil spill of 2011.

Volkswagen hasn’t made much effort to rectify the situation and earn back consumer trust; the company has yet to recall the vehicles affected, which amount to about 1/2 a million non-compliant TDI diesel vehicles in the U.S.

If you’re looking to sell your used car for cash in Honolulu and have a Volkswagen, Ford, Chevy, Hyundai, Toyota, Nissan, Dodge, or any make of vehicle, we invite you to give us a call or fill out our online appraisal form. At CarMark Hawaii, we offer the best deal and friendly, personal service.