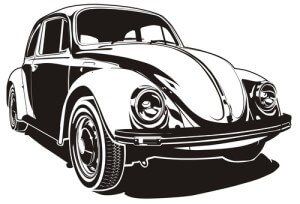 According to a recent car news article at Nasdaq, many automakers are set to have the best year in 2015 since the Great Recession, with projected sales of about 17 million new vehicles. Although people have been holding on to their vehicles longer, Autodata research indicates that so far this year, vehicles have been snatched up quicker this year than in the past 10 years. Why? Americans are upbeat about the economy, financing incentives are plentiful, and gas prices are lower than they’ve been in years.

Because our business is buying used cars for cash, naturally we’re always interested in how the automotive industry is progressing and how many people are buying cars. One thing we learned in the article that was a little surprising was the fact that Volkswagen has beat out Toyota in terms of vehicle sales on a global scale for the very first time. The reason for this? Japan, Toyota’s home, has faced economic issues recently, while a strengthening auto market in VW’s native Germany and across Europe gave the automaker a much needed boost.

Even though new car sales are up, the research found that many consumers are still holding on to their vehicles for a long time – in fact, 14 million vehicles on the roads around the world are 25 years old! The average age of vehicles U.S. residents drive today is 11 1/2 years. The reason for this is that in the past decade or so, cars have become more reliable, resulting in greater consumer trust. Another reason is the fact that many people simply cannot afford to buy a new car.

You may be amazed to learn that today, there are 44 millions cars on the roads around the world which were made between 16 and 24 years ago! It’s hard to imagine, when you see so many newer models on the roadways today.

Hopefully the economy will continue to improve, gas prices will remain low, and financing will become easier for many consumers who could not get financing in the past.

If you are in the market to sell your used car for cash in the Honolulu area, count on CarMark Hawaii for a fair deal, friendly staff, and quick service. Bring in your 2007 or newer model vehicle, and let’s work a deal! With no hidden fees or costs, we buy used vehicles with 100,000 miles or less, giving you the cash you need the same day. It really couldn’t be easier!