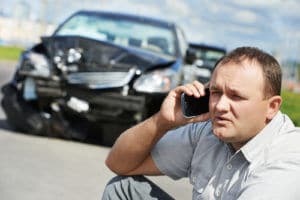 We doubt you’re interested in selling your used car for cash in Honolulu because you’re thinking about buying a self-driving Apple, but you may find the following news a bit interesting or even humorous!

According to news reports a Nissan Leaf driven be a real human being struck the back of an Apple Lexus SUV with no driver in Sunnyvale, California on August 24th. There was damage to both of the vehicles, but no one was injured in the super slow-speed crash.

A California DMV report stated the Nissan was progressing along at 15 mph as it was attempting to merge onto the Lawrence Expressway, where the Apple Lexus was merging at a speed of less than one mph. As you can imagine, the Nissan struck the barely moving Apple. While the details are sparse, what was reported was that the self-driven Apple was “waiting for a safe gap to complete the merge” when it was rear-ended by the other vehicle.

What we want to know is if it’s safe to merge onto a high-speed expressway at less than one mph? If we’ve learned anything from this, it’s for human drivers to be on the lookout for Tesla, Apple, and Uber vehicles without drivers – especially those moving at speeds slower than a turtle.

Are you needing to sell your vehicle for cash? At CarMark Hawaii we buy used cars for cash in Honolulu and make it an easy, pleasant process. No matter the reason, you don’t have to negotiate with tire kickers or used car dealerships! Take the stress and hassle out of selling your used car; give us a call or come by today.