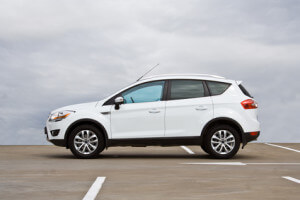 According to a recent article at USA Today, it is predicted that by year’s end, the compact SUV will be the most popular type of vehicle for consumers. In fact, now there was a $28,000 challenge going on, sponsored by Cars.com, MotorWeek, and USA Today, and the winner was announced on Tuesday, May 26. Who were the contenders for the compact SUV challenge?

One that’s noticeably missing from the group is the Ford Escape. Although the automaker was invited to the challenge, Ford apparently could not locate a model that met the criteria to participate in the challenge. The criteria includes a price tag of no more than $28,000, which includes shipping fee, and a 26 mpg government rating or higher for combined highway/city driving cycle. Those who did make the list include:

The winner of the challenge was announced on the Cars.com site and USA Today on Tuesday!

Compact SUVs have become hugely popular in recent years. Perhaps you are considering the purchase of one yourself, and want to sell your used cars for cash in Honolulu. At CarMark Hawaii, our business is buying used cars ten years old or newer that are in reasonably good condition. Regardless of the reason you need the cash, we can make a deal! If you’re in the military and being deployed, are going on vacation and could use the money, or simply don’t want or need a vehicle you currently have, come see us today! Trusted for more than 25 years, we offer friendly service and a fair deal.