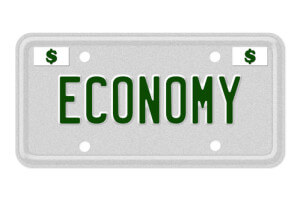 College students who have student loans and other debts to pay off often just don’t have the money to purchase a car. In fact, as a business who buys used cars for cash in Honolulu, we know many college students have to buy used cars that are several years old in order to get around. Recently, we came across an article at Driving giving suggestions for cheap cars that college students can actually afford, in most cases. Here are the cars you may want to consider if you need a set of wheels and are strapped for cash.

For about $3,000 or even less, you can get a 2005 Nissan Sentra, or a 2003 Toyota Corolla. The 2006 Volkswagen Jetta GLS also comes in at just under $3,000 for those who don’t have parents who can provide endless financial resources. The 2006 Mazda3 is also affordable for many students who are attending college and need dependable transportation, for about the same price as those mentioned above.

What about a 2003 Toyota Celica GT? While cars that are a decade or even a dozen years old don’t have back-up cameras and the modern technology of today’s cars, they’re still fun to drive and capable of getting you where you need to go. Even though it’s 12 years old, the Celica GT is still a stylish, sporty way to get around town and enjoy good gas mileage.

Sure, every college student would love to have a brand spanking new Chevy Camaro, Dodge Charger, or Ford Mustang – but sometimes, it just isn’t possible. You can enjoy a stylish vehicle without putting yourself further in debt by considering the options above!

At CarMark Hawaii, we are your cars for cash Hawaii experts. Fair, honest, and friendly, we’ve been in business for decades, so you can count on a quick deal! Bring your 2007 or newer model vehicle in today, and get the cash you want without all of the hassles.