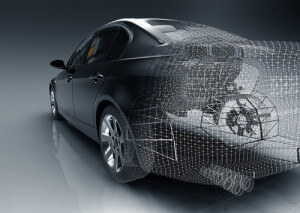 At CarMark Hawaii, we’ve noticed that over the past two or three years, new cars have become more reminiscent of those from the 60’s and 70’s; take the new Camaros, Mustangs, and Dodge Challengers, for instance. Many consumers absolutely love these cars – but some, including Apple designer, Marc Newson, finds very little to like about modern car design according to a recent article at The Verge.

Our business is buying used cars for cash in Hawaii. Because of the industry we’re in, we find automotive industry news and opinions intriguing. Marc Newson reportedly told The Wall Street Journal that, in regards to the current state of car design, “We’re at the bottom of a trough.” Newson isn’t the only designer at Apple who feels this way; Jony Ive also agrees the aesthetics of today’s car designs are lacking, saying of the Toyota Echo “It is baffling, isn’t it? It’s just nothing, it’s just insipid.”

Newson also told the WSJ that there was a time when new vehicles somehow encapsulated everything that was good about progress. However, it’s apparent that he doesn’t feel the same now as he once did when it comes to car design. We all know that Apple is hugely interested in vehicles, but what will the modern car look like when it is finally unveiled? Many believe that if and when Apple does release a car, the Bentley Mulsanne, Ives’s favorite vehicle, may be the inspiration.

How do you feel about the design and aesthetic appeal of today’s vehicles? Love them, or hate them? For some, it all depends on the make and model. Some of us baby boomers love the old but new look of cars that bring to mind our teen and young adult years, while others abhor them. It’s really all up to your own tastes and preferences!

Are you looking to sell your used car for cash on Oahu? At CarMark Hawaii, we’ve been in the business for more than a quarter century. Our staff is friendly, our prices fair, the process simple. Give us a call or come by and see us today!