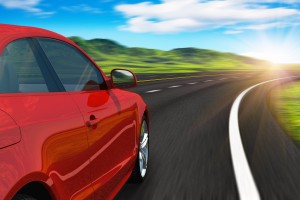 Millennials are known for keeping things simple, not spending an inordinate amount of money on anything from homes to vehicles. As a company in Honolulu who buys used cars for cash, we’re always intrigued by the latest news in regards to various age groups, the cars they purchase, what they want. According to a recent article at MarketWatch, there are seven used vehicles popular among millennials. What are they?

The Dodge Magnum, Chrysler Pacifica, Subaru WRX, Chevy TrailBlazer, Volkswagen R32, Pontiac Aztek, and Nissan GT-R. As you’ll notice, none of these cars are particularly “showy,” other than the GT-R. Why are these used vehicles so popular among millennials?

There are various reasons including price, performance, overall quality, and fuel efficiency. In 2008, the remake of the Dodge Magnum station wagon was discontinued, however nearly 30% of the vehicle’s used sales were comprised of shoppers age 18 to 34. Much of the popularity is due to the overall design and performance, with used models ranging from just below $5,000 to almost $14,000.

2009 Chevrolet TrailBlazers are a “hot” midsize SUV among millennials, first introduced in 2002. A rugged vehicle with ample space, the 2009 TrailBlazer rated among the best in overall quality by J.D. Power, and it’s one vehicle that is reportedly simple to repair. Depending on the model year, this vehicle sells for about $5,200 to just under $20,000.

The Pontiac Aztek was ranked among the 100 ugliest cars of all time, with the last model being the 2005. Not for the trendy driver, the Aztek was one of the first crossover vehicles, but why is it popular with millennials? According to Edmunds.com, it could be due to the popular AMC drama “Breaking Bad Effect.” Amazing what pop culture can do! Prices range for the Aztek, which was produced from 2001 to 2005, from $2,400 to $7,500.

For those millennials that enjoy a somewhat sportier, “showy” car, the Nissan GT-R has a reputation as an “attainable supercar.” The priciest on the list of used cars, the GT-R ranges from nearly $30,000 to just over $100,000, according to Cars.com. Much of the popularity of this vehicle may be due to its role in the video series Gran Turismo, according to Dan Beodore, Nissan spokesman.

At CarMark Hawaii, we know that every generation has its own favorites when it comes to vehicles. If you’re in the market to sell your used car for cash in the Honolulu area, we’re extremely easy to work with! Bring in your used Nissan, Chevy, Pontiac, Volkswagen, Ford, or other vehicle that’s a 2007 or newer model today, and let’s make a deal. Easy, convenient, and no hoops to jump through! Even if you still owe money on your used vehicle, you can still get cash on the spot in most cases.