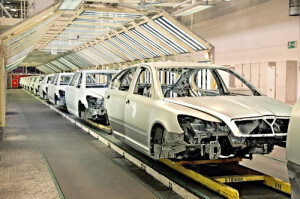 At CarMark Hawaii, our business is buying used cars for cash in Honolulu. Because we’ve been in this business for more than a quarter of a century, we know a lot about the automotive industry – such as the fact that for decades, vehicles have been constructed of steel for the most part. Now, steelmakers are having a tough time staying in front in the auto industry, thanks to the rise of aluminum and plastics according to The Wall Street Journal.

An article this past week revealed that an auto industry conference held in Traverse City, Michigan was well-attended by executives from steel companies including U.S. Steel Corp. Executives had a core message they wanted to deliver to anyone who would listen: That steel is the material of choice over aluminum and plastics in regards to reducing the weight of vehicles in a way that is affordable. Vehicle manufacturers have a deadline to meet in 2025, when emissions standards change and cars will need to be lighter in order to meet those standards.

Auto shows and industry conferences have been well-attended by steel advocates, particularly since Ford Motor Co. transitioned the body panels of the F-150 pickup to aluminum. This was the biggest hit for the steel industry, which has long been provided huge revenues by the auto industry.

While aluminum is significantly lighter weight than steel, steel is far cheaper than aluminum – about 1/3 the price, according to the article. With only a decade to go until the 2025 deadline, only time will tell whether the majority of automakers go with steel, aluminum, or plastics.

Have a used car, truck, or SUV you would like to sell for cash? At CarMark Hawaii, we cater to military personnel in Honolulu who are being deployed or relocated, and anyone else who simply wants cash for cars that they no longer need or use. The requirements are simple, and you could walk away with cash today! Give us a call or come by.