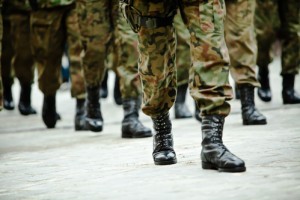 If you’re in the military and based in Honolulu, you may or may not be familiar with the term “lemon lot.” While you may expect that these lots are where military personnel go to sell “lemons,” or vehicles with problems, this really isn’t the case. Resale lots that cater to members of the military are often referred to as lemon lots, and it’s actually a jestful term of endearment. Essentially, these lots are where those in the military who are being deployed or relocating can go to buy or sell a vehicle without the hassles and scams often associated with other car lots. If you’re looking to sell your used car for cash in Honolulu, no doubt you’re looking for the quickest transaction – without the hassle!

If you’re not in a big hurry and want to go a different route, what can you do to “spice things up” so you can sell your used car as quickly as possible?

Post photos – good photos. Whether in the newspaper or online, good photos from a variety of angles will help take away the skepticism of potential buyers. Include at least five or six good shots!

Find out what your used car is worth. You don’t want to give it away, but you don’t want to list it for far more than it’s actually worth, either. There are several online resources where you can get an appraisal such as Kelley Blue Book. If you don’t get any offers, consider you may be asking a bit too much and lower your asking price just a bit.

Include any “perks” in your ad. If you’ve recently put new tires on the vehicle or upgraded the audio system, make potential buyers aware of these extras. It will add to the perceived value, helping you sell your car quicker.

If you’re ready to sell your used car today because you’re moving from Hawaii really soon, CarMark Hawaii buys used cars for cash in Honolulu. Dealing with a lemon lot really is the easiest, quickest way to turn your vehicle into cash now, so give us a call today!