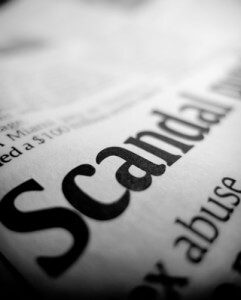 While Volkswagen’s been in the news of late due to the resignation of Martin Winterkorn, the company’s AG chief executive officer, over alleged faked diesel emissions testing, they’re certainly not the first auto manufacturer to find themselves involved in a scandal and surrounded by controversy.

Since the 1960s, there have been quite a few scandals making headlines around the world and across the nation. Some of these scandals included the Ford Pinto, Toyota, and Ford Explorer. At CarMark Hawaii, we’re Honolulu used car buyers, and find all auto manufacturer related news interesting. We thought we’d share a bit of the problems manufacturers have faced in the past with you.

About 15 years ago, a huge scandal erupted when more than 100 people died in accidents involving Ford Explorers equipped with Firestone tires. At that time, automakers as well as consumers were concerned about possible rollovers in SUVs. Because the Explorers were equipped with Firestone tires that were eventually recalled due to shredding problems (6.5 million tires, to be exact), the company’s SEO, Jacques Nasser, was let go.

Ford had problems in the 70s when the Pinto, a car designed to be economical as energy prices were soaring, was found to be prone to deadly fires when involved in rear-end collisions. The automaker was indicted for negligent homicide when three teens in Indiana died following such an accident, however Ford was found not guilty. The company did, however, initiate a recall in order to correct the problem.

Few can forget the problems Toyota experienced just 6 or 7 years ago when “sticky” accelerators led to several accidents, one of which cost a California Highway Patrol Officer and his family members their lives. While the auto giant assured motorists that floor mat entrapment was the cause of the accelerators that seemed to get stuck, it was found later that they were attempting to conceal a problem with defective accelerators.

There have been several issues over the decades, however for the most part auto manufacturers are committed to designing vehicles that are safe and provide consumers with peace of mind. No matter what type of vehicle you’re looking to sell for cash, we deal in all makes at CarMark Hawaii from Fords and Toyotas to Chevrolets, Chryslers, Dodge, Hyundai, Nissan, GMC, Cadillac, Audi, and more. Come by today and get cash on the spot for your used car in Honolulu!