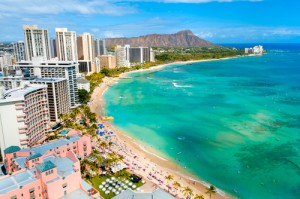 If you’re in the Army, Marines, Navy, or another branch of the military and stationed in or around the Honolulu area, you may be wondering what’s the best way to sell your vehicle if you’re leaving Hawaii. Which method you choose may depend on how long it will be before you leave Oahu; for instance, if you’re relocating or being deployed and only have a week or two, you don’t have a lot of time to try to sell your vehicle to an individual via newspaper or online ads. So, what to do?

Most car dealerships work with people who want to trade their used car in for a newer model, and aren’t really into just buying used vehicles. It’s also important to keep in mind that in working with a dealer, most times you’ll get less money than you would if you sold your used car to an individual. Car dealers are thinking about the profit margin, and naturally want to be able to sell your vehicle for a good profit.

What many military do is work with a lemon lot, which is simply the term given to dealers who cater to those in the Army, Air Force, and other military branches. It makes it easier for those in the military to sell a used car for cash if they’re deploying or, for those who are relocating into the area, easier to buy a good used vehicle. Lemon lots are NOT where you find vehicles that some would describe as junk or “lemons,” so you can feel confident you’re not dealing with a sleazy salesman!

Essentially, you can sell your used car for cash in Honolulu the same day you make the decision to go this route. At CarMark Hawaii, we make it easy. As long as your used car is in good condition and meets our criteria, you can leave with cash the same day you bring it in! We’ve been in the business for about 25 years, so you can trust us for the best deal around. Get started now by filling out our online appraisal form, and we’ll take it from there.