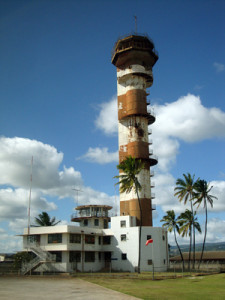 If you are in the Navy and have been stationed at Ford Island but are now leaving the island of Oahu, you may be stumped when it comes to what to do with your car. It isn’t easy when you live on an island – if you are headed to the inland U.S., you sure can’t drive your car, truck, or SUV to California, Arizona, or whatever destination you may have in mind! Of course you can ship it, but depending on how much your car’s worth, the cost may not be worth it. So, are you leaving Ford Island and need to sell your car? We can help!

Those leaving Ford Island should consider CarMark Hawaii, a company that has been in the business of buying used cars for cash for a quarter of a century. We buy used cars from anyone and everyone who wants to transform a used vehicle into quick cash, but originally began as a service to military personnel who needed a solution to the issue of what to do with their vehicles when being deployed or relocated.

Instead of paying thousands to ship your car to the continental U.S. and waiting for weeks for it to be delivered, why not just sell your used Toyota, Ford, Chevrolet, Nissan, Chrysler, or other make of car for cash? We give you cash the same day you bring your vehicle in, as long as it’s in fairly good condition, is 8 years old or newer, and has less than 100,000 miles. No title? No problem. In most cases we can pay off your bank loan, so just give us a call to discuss your particular situation.

Selling a used vehicle can leave you facing all kinds of problems. New car dealers don’t want to give you the time of day, individuals are often “tire kickers” who will look at a dozen vehicles for sale by individuals before they make up their mind. If you’re leaving Ford Island and want a quick way to resolve the issue, count on CarMark Hawaii. We buy used cars for cash, and treat you with the respect you deserve!