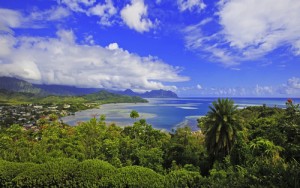 Those stationed at Kaneohe Bay MCB know it’s one of the most beautiful locations in the world. Many Marines who leave Hawaii and the base truly miss it, because it really is a tropical paradise. If you’re leaving Kaneohe MCB, moving off the island, and need to sell your used car, you may have limited time to get this accomplished. Sure, you could have your car, truck, or SUV shipped to the mainland, but is it really worth the cost and effort? In many cases it can cost a couple thousand dollars or more to ship your vehicle, and depending on your car’s value, it simply may not be worth it.

Anyone who’s ever tried to sell a used car for cash on their own knows it takes time, and isn’t always easy. If your vehicle is six or seven years old, lots of potential buyers will try to haggle with you over price saying it isn’t worth what you’re asking. Working with car dealerships is even worse. When you’re looking to sell your used car for cash in Honolulu, the easiest thing to do is work with a company who buys used cars and caters to the military. At CarMark Hawaii, our business was founded on helping military personnel sell or buy used cars, and we’ve been in the business for decades. We know how tough it can be when you’re stationed at Kaneohe Bay MCB and leaving Hawaii!

The great thing about working with our team is that it’s a simple, quick process. There are only a few qualifications which include the fact that your vehicle should be a 2007 or newer model, have 100,000 miles or less on it, and have no structural frame damage. Even if your car isn’t paid off, we can make a deal! In most cases, you’ll get cash for your used vehicle the same day you bring it in. Our goal is to make this part of moving off the island as quick and seamless as possible, offering those in the military a fair deal.

If you’re in the military and leaving Hawaii, count on CarMark Hawaii to buy your used car, truck, SUV, or van for cash. No hassles, no red tape, no hoops to jump through – just honest service.