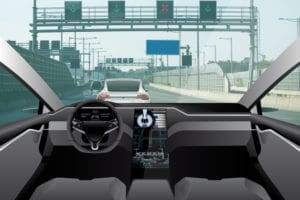 As leaders in the cash for used cars industry in Honolulu for a quarter of a century, you never could have convinced us all those years ago that there would some day be a self-driving car. How things have changed! While lots of companies have jumped on this relatively new technology including Uber, GM and Google, it seems it may not be going so well for Apple.

According to news reports, Apple’s quarterly revenues were $9 billion short of the $93 billion the company had hoped to hit over a 90-day period. Just as we transformed from 2018 to 2019, Apple CEO Tim Cook made an announcement most of us thought we would never hear: Apple is facing a challenging future.

While the turmoil isn’t all about the self-driving car technology, clearly things aren’t going as well with automation as everyone had hoped. In mid-April this year, Apple will end 190 positions at its Sunnyvale and Santa Clara facilities, the majority of them engineering jobs.

Apple began focusing on autonomous car technology about five years ago, a program referred to as “Project Titan.” In a recent filing with the California Employment Development Department, it was revealed that the positions terminated include 22 software engineers, 33 hardware engineers, 31 product design engineers, and 38 engineering program managers.

Hopefully things will turn around for the company’s car technology division.

Are you looking to sell a used car for cash in Oahu? At CarMark Hawaii we make it easy and convenient. Whether a Honda, Toyota, Ford, Chevy, Lexus, GM or any other make, we’re ready to work with you today! Leave with cash in hand.