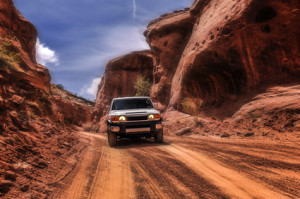 Need to sell used Toyota in Honolulu? Perhaps a car, truck, or SUV you would like to sell? Not sure what is the best way to go about it? We are used Toyota buyers in Honolulu, and the process is painless. As long as your vehicle has less than 100,000 miles and is a 2007 or newer model, chances are good we can work with you! The best part is you can expect to be paid on the spot, the same day you bring your vehicle in.

Maybe you’re in the military and being deployed, or moving to another city or state and want to sell your vehicle. We used to focus primarily on those in the military; however, today we serve the general public. We understand that there are times people simply need enough money to pay the mortgage, or just don’t want or need a vehicle and would rather have the cash. Whatever the reason, we’re happy to buy used cars in Honolulu as long as they meet our criteria, which is fairly simple.

You may be thinking that you cannot sell your Toyota for cash because you still owe on it. You’ll be happy to know that one of the features of our program is that we pay off bank loans in many cases! If your Toyota car, truck, or SUV has no structural frame damage, is not a salvage title, and meets the criteria mentioned above, we’re in business! We know how difficult it can be to deal with car dealers, who are more interested in selling you a new car than buying your used one. Trying to sell to an individual can be just as difficult, and the money you spend listing an ad in the paper week after week can really add up. You want a solution now, not in a few weeks or months!

At CarMark Hawaii, our specialty is paying regular people, just like you, cash on the spot for your used vehicle. If you have a Toyota you would like to sell, bring it in today. We are used Toyota buyers in Honolulu, offering you the best deal and most efficient, courteous service you will find, guaranteed.