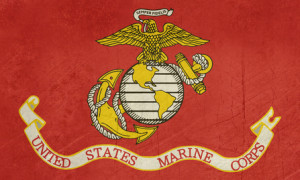 When you were first stationed at Kaneohe Bay on Oahu, no doubt you thought you were lucky to be at one of the most beautiful, inspiring locations on earth. There aren’t many places you can be stationed that offer warm oceans, breathtaking beaches, and surroundings that make you feel as though you are smack in the middle of paradise. Unfortunately for some, leaving Hawaii isn’t always easy – and getting rid of your vehicle can be the most difficult part of all.

When you have a used car, truck, or SUV, you can just imagine the red tape required to ship it to California. The cost is substantial as well, in some cases more than the car is even worth. What to do? You might want to sell your car when leaving Kaneohe Marine Corps Base. Consider a company such as CarMark who specializes in buying used cars for cash. You bring your vehicle in, and we give you cash the same day. Sure, you could make your rounds to all of the car dealers, but how much money is a car dealer going to give you for a used Toyota, Chevy, Nissan, Ford, or any other make – if anything at all? Many car dealers don’t want to purchase your used car, they want you to trade it in on a newer model.

You could literally spend months trying to sell your used vehicle when leaving Kaneohe Marine Corps Base, whether you advertise it to individuals or try the dealers. Shipping it back to the U.S. may not be an option if you don’t have a couple thousand extra dollars laying around. Even making the arrangements can be more of a hassle than you want to deal with. To make leaving Hawaii easier, why not just sell your used car for cash?

At CarMark Hawaii, it all started with our helping those in the military who were being deployed or relocating – and we still take care of you today. If your car, truck, or SUV is in reasonably good condition and 8 years old or newer, bring it in today and let’s make a deal!