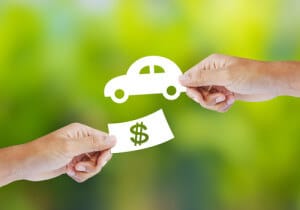 Whether you’re in the military and being deployed from Pearl Harbor or a civilian in the Honolulu area, we know selling your used car can be a hassle. Why not take the easy route, and sell your used car in Oahu for cash to professionals in the business for nearly a quarter of a century?

If you’re a civilian, you may be looking to sell your car, truck, or SUV because you no longer need it, or would rather have the money for other purposes whether to pay bills, go on vacation, or put in the bank for a rainy day. No matter what the reason is, we buy used cars for cash in Honolulu. In most cases, our customers leave with cash in hand the same day they bring their vehicle in.

For those in the Army, Air Force, Navy, or Marines, deciding what to do with your vehicle can be frustrating. Should you pay to store it somewhere, leave it with a relative, have it shipped to the mainland, or simply sell it? Sometimes selling isn’t really so simple, especially if you try to sell to an individual or car dealer. While you’ll get more money by selling to an individual, you may not have time to go through dozens of prospects who for one reason or another decide your vehicle isn’t the one they want.

At CarMark Hawaii, we buy used cars for cash and began our business catering to the military. While we don’t buy “junk” cars as many companies do, we do buy good used vehicles that are 10 years old or newer, not salvage titles, and that have 100,000 miles or less – paid for or not! Whether you’re a civilian who wants to sell your vehicle or someone in the military who is leaving the island, count on CarMark Hawaii for an honest deal and an easy, hassle-free process.