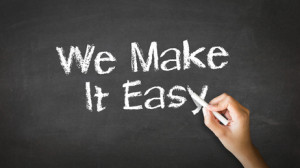 Sometimes, selling a vehicle when you are in a rush can be difficult, if not impossible. Those who live in Honolulu may be in the military, which means they are frequently relocated or deployed. You may be a civilian who just wants to sell your used car, SUV, or truck for extra cash. Maybe you are moving to Nevada, Florida, or even Canada. No matter the reason, selling a used car in Honolulu is easy with CarMark Hawaii!

There are occasions on which someone may have two vehicles, and only needs one. Why let the other vehicle sit and go unused, depreciating in value when you can get cash in hand the same day you bring it in? As long as your vehicle is a 2007 model or newer and in good shape with up to 100,000 miles, trading it in for cash is a simple matter. Many people could use immediate cash to pay the mortgage or electric bill, to buy groceries, or even to replace a refrigerator that went out. We buy used cars in Honolulu, and make the process hassle-free for those who qualify.

The fact is, whether you are in the military or are a civilian, if you are moving away from the Hawaiian Islands it’s going to cost you a pretty penny to take your vehicle with you. Having a car or SUV shipped to California typically costs more than $1,000. That is a lot of money, particularly if your vehicle is older and not worth a lot.

Nearly everyone knows that cars depreciate in value rather quickly, and that after five or six years, it’s tough to get a good deal. Take your car to a new car dealer, and they will be laughing behind your back to think you actually expect them to give you a fair price. What they want is for you to trade your vehicle in, along with a down payment for a newer model – which translates to monthly payments. All you want to do is sell your used car for cash! The place to do it? CarMark Hawaii. For nearly 25 years, we have been helping people just like you who simply want to get rid of a vehicle and get a fair deal, no hassle, no stress. If you’re looking to sell your used car in Honolulu, give us a call today!