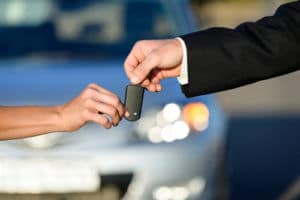 Many people decide it may be a good idea to sell a used car for cash in Honolulu when they’re thinking of buying a newer model. Of course you could just trade it in at the dealership where you’re considering buying a new car, but it’s good to know all of your options! You won’t necessarily get as good a deal with one option as you would another; let us explain.

The fact is, when you trade your car in at the new car dealership you won’t get what you want for your used vehicle. Dealerships want to make as much profit as possible on your used car, so don’t expect to get what it’s worth. You will likely get a low-ball figure. By going another route, you will get more money which means you have more cash to put on a down payment or use for other purposes!

Another little trick car dealers often use: They may offer you a deal on your used car that seems too good to be true. Be wary when this happens, as there is usually a catch. Either the price of the car you’re considering will be jacked up or the additional features or packages will be higher than they originally were. Car dealers know how to work the system so they can recoup the high offer on your used vehicle through options, extended warranties, etc.

Even if you don’t choose to sell your used car for cash to a company like CarMark Hawaii, you’re better off selling it to an individual than trading it in at the dealership in most cases. It may take some time, which is the biggest drawback of selling privately.

At CarMark Hawaii we buy used cars for cash in Honolulu, giving our customers the best deal without the hassles of selling your used car to an individual or dealing with “tricky” salesmen. Do yourself a favor and get top dollar for your used car today!