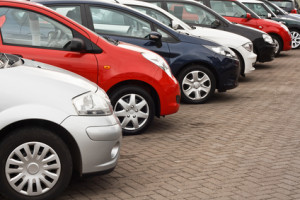 People want to sell their used vehicles for various reasons; sometimes it’s simply a need for money to pay the bills, other times an owner simply gets tired of the car he or she currently has and decides having the money would be better. Perhaps you are moving out of the area and don’t want to take your Ford, Chevy, or Toyota with you, or are in the military and are being deployed. No matter what the reason is, we buy used cars in Honolulu – and we don’t have to know why you are selling.

Have you tried to unload your used Ford, Chevrolet, or Toyota at a new car dealership? If you have, you probably found that they weren’t really interested in buying your used vehicle. New car dealers are in the business of selling new cars, and most really don’t want what some refer to as a “previously owned” vehicle. Even if they do take interest in your vehicle, it’s most likely due to the fact that they’re interested in getting you to trade your used car in for one of their brand-spanking new models, which you don’t want. You want cash in exchange for your car, truck, or SUV, not another car payment!

We are a leading used car buyer in Honolulu and we buy your car without the hassles and frustration, simply because it’s the business we’re in – and have been for more than 20 years. We started out buying used vehicles as a service to those who were in the military and who were relocating or being deployed, however we found there is a huge need for companies who purchase used cars for ordinary people in Honolulu, those who are not in the military. Today, our process is simple and straightforward. Bring us a car, truck, or SUV that is a 2007 or newer model, is not a salvage title, and that has a straight frame and less than 100,000 miles, and we’ll work a deal!

In many cases we even pay off our customers’ bank loans. If you’re frustrated and the process of trying to trade your used car for cash has thus far been unsuccessful, come in to CarMark Hawaii today. We buy used cars in Honolulu of all makes and models, including Fords, Toyotas, and Chevys!