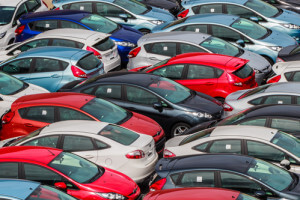 At CarMark Hawaii, we’ve been used car buyers in Honolulu for a very long time. We know that two or three decades ago, the automotive industry was dominated by men. Rarely did women make news in the car industry. Today, things have changed. In fact, recently an Oxford resident was named by Automotive News as one of the top 100 leading women in the North American auto industry!

Sandra Bouckley, VP of manufacturing engineering for GKN Driveline Americas, was honored at a Detroit gala dinner and featured in the November 9th issue, along with her co-honorees. Women who are found in the top 100 list are those who make major decisions and who are leaders in the auto field, according to an article at the Clarkston News. Bouckley oversees all manufacturing activities at the GKN Driveline Americas’ 11 facilities located in Brazil, Colombia, Mexico, and the United States.

Among her many accomplishments in the automotive industry, Bouckley was the first to become a female plant manager at Chrysler. She and her husband have resided in Oxford Township for a dozen years.

Hundreds of entries for the Automotive News’ 100 Leading Woman in North America Auto Industry for 2015 were received from women who participate in all areas of the industry from Canada, Mexico, and the U.S. According to editor of Automotive News’ special issue and assistant managing editor, Mary Beth Vender Schaaf, there was an enormous field of candidates to consider for those who made the list, many working at dealerships, auto suppliers, and at auto companies. One of the women who made the list is a race car driver.

We congratulate Bouckley on her achievement as one of the top 100 women in the auto industry!

At CarMark Hawaii, we cater to individuals in Honolulu and surrounding areas who are looking to sell their used cars for cash. Whether you’re in the military and being deployed or relocated, or simply want to sell a vehicle you no longer want or need for immediate cash, we’ve been in the business for decades. You can trust our staff for quick, friendly, efficient service and honest deals. Contact us today if you’re considering selling your used car, truck, van, or SUV and need cash on the spot!