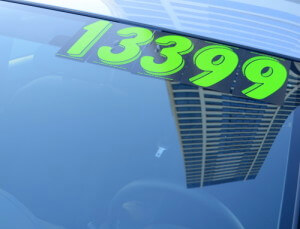 Used cars are hot today – in fact, maybe hotter than ever. Even though the new car industry is better than it’s been in years, the average age of vehicles owned in the U.S. is now 11 1/2 years – a record, according to a recent article at Nasdaq. It’s likely the number one reason residents of the U.S. are driving older cars is they simply can’t afford new ones, however, the reliability of vehicles has certainly increased over the last 10 or so years.

In 2015, the American auto industry is expected to have a stellar year with a projected 17 million new cars sold. This is the best year since the Great Recession, according to news reports. Low fuel prices, an improving economy, and financing incentives have certainly increased the number of new car sales, although even with the rise in sales, people are still holding on to cars that are nearly a dozen years old – many even older!

Although it may be hard to believe, there are approximately 14 million cars on U.S. roadways that are a quarter of a century old. This means that four of every 100 Americans are driving vehicles that are 25 years old. It seems a little ironic that when these vehicles were manufactured, the college graduates of today weren’t even a twinkle in their parents’ eyes. Want an even more astonishing number? On the roadways in the U.S. in 2015, there are 44 million vehicles that were made 16 to 24 years ago.

It all boils down to the fact that while new car sales have risen dramatically, the used car business is still huge and not likely to diminish anytime soon. Some of us like older models, others choose to keep them because of financial reasons. If a car is in good condition and gets you where you want to go, why spend a small fortune on a brand new car that may not be as reliable?

As used car buyers in Honolulu, we buy used cars for cash. Regardless of the make of your vehicle, we will give you cash the same day if your vehicle is a 2007 or newer model with 100,000 miles or less, in good condition. Need fast cash? Contact us or fill out our online appraisal form today!