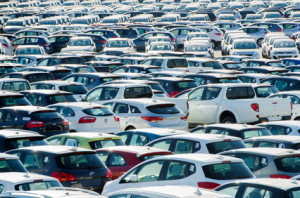 At CarMark Hawaii, we buy used cars for cash. Because of the work we do, we constantly research the type of cars most popular, whether new or used. Recently, we came across an article at Esquire that revealed the top used car picks for men – and these picks were based on depreciation making their top picks better than new cars, not the price of new cars. So, what are the top picks of men?

In first place is the Aston Martin V8 Vantage Coupe, a car many consider the most beautiful over the past several years.

Next comes the Acura TSX, which, according to many men, embodies all of what Honda and Acura do best, including an Elysium gearbox and razor-sharp steering in a 200-hp car.

The Audi TT is a favorite of men because of its amazing performance and exotic appearance, not to mention a 2008 model is still valued at about $20,000 today.

For men who want to indulge themselves in a car that’s uniquely sumptuous, the Bentley Arnage is the last car designed prior to Bentley being taken over by Volkswagen. The 12-year-old Bentley Arnage is amazingly still valued at $50,000 today!

Another favorite of the male species is the Cadillac CTS-V, year models 2004 through 2007. What could be better than the sleek, stealthy appearance of the CTS-V equipped with a manual transmission and V8 components taken from the Corvette?

With a 375-hp, 5.7 liter V9, the Dodge Challenger isn’t the sports car it was back in the day, but curb appeal hasn’t diminished in the least. The Challenger is one car that retains its value, considering 2009 models are still priced at around $25,000 or more today.

Deemed “lovably vulgar” by Esquire, the Dodge Ram SRT-10 year models 2004 through 2006 are some of the pickup trucks most cherished by men today. With a Dodge Viper engine and 500-hp, what’s not to like?

The Honda Civic Si, Ford Flex, Jaguar XJ8, and Jeep Grand Cherokee SRT8 used models are a few more of the top used car/truck models men prefer today, regardless of financial status. When you can buy what you want, what difference does year model make?

At CarMark Hawaii, our business is purchasing used cars for cash – we’re one of the most respected used car buyers in Honolulu today! While our business began catering to military personnel who were being relocated or deployed, today we buy used cars from any one in the Honolulu area, regardless of the reason owners are looking to sell. Come see us today for the best deal and zero hassles.