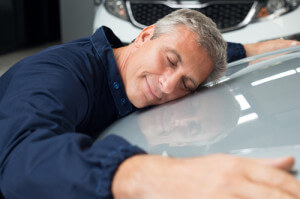 Recently, the annual VSA (Vehicle Satisfaction Awards) revealed what may be surprising to many consumers. The two new ‘siblings’ that have taken over, according to ratings submitted by more than 65,000 new car buyers in the U.S., in regards to vehicle satisfaction include the Korean manufactured Hyundai and Kia! No longer are BMW, Audi, and other premium luxury models king of the hill.

Because we are used car buyers in Honolulu, we like to keep up with the latest news in cars.

Currently, alternatives to luxury cars including the BMW 7-series and Mercedes S-Class that are popular among consumers include the big Kia K900. Still, in the individual segments of the competition, GM had more winners than other manufacturers. According to president of AutoPacific Inc., George Peterson, no single auto manufacturer dominated the results due to fierce competition in the automotive industry.

While the Hyundai and Kia nudged European manufacturers aside, Korean manufacturers won in total four of the 23 segment awards. Ultimately, it all boils down to the fact that Hyundai and Kia are working continuously to improve in several areas most important to consumers, including quality, reliability, styling, comfort, safety, and a warranty program that satisfies buyers. Perhaps the results of the awards were surprising to some, not so much to others.

At CarMark Hawaii, we provide unsurpassed service to those in the Honolulu area who are looking to sell their used car for cash, regardless of the reason. Have a Hyundai, Kia, Ford, Audi, Mercedes, Chevy, Jeep, Cadillac, or any other model of vehicle you would like to exchange for cash? Give us a call today!