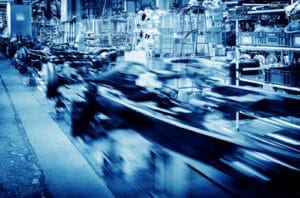 At CarMark Hawaii we buy used cars for cash in Honolulu, including Ford vehicles which have made headlines over the last several months.

Recently it was announced that U.S. automaker Ford Motor Company will cut production of certain auto models in its operational restructuring efforts of its European business. The automaker reportedly lost $73 million over a three month span of time in Europe, and plans to spend about $11 billion restructuring that market.

According to the Times Ford intends to reduce the number of dealerships in addition to cutting production of the Galaxy, Mondeo and S-Max. The company will focus on more lucrative SUVs, and could lay off as much as 12% of its workforce according to Morgan Stanley analysts.

News reports earlier this year revealed the company wouldn’t invest in new generations of sedans for the North American market, its focus being primarily SUVs, pickups and commercial vehicles. The two cars that would remain in the lineup for 2019 are the all-new Focus Active crossover and the Mustang.

Are you looking to sell your used car for cash in Honolulu? Perhaps you have a Ford Mustang or any other vehicle that’s a 2007 or newer model you would like to unload. At CarMark Hawaii you don’t have to trade in your vehicle for a newer model because our business is buying used cars for cash. No hassle, no stress, just fill out our online appraisal form. Whether you have a Ford, Chevrolet, Toyota, Nissan, Hyundai, Dodge, or any other make of vehicle, we’re ready to work with you!