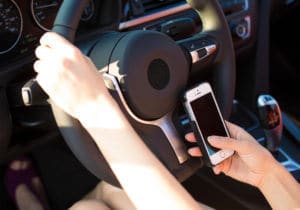 4 Things To Consider Before Getting Behind The Wheel

We Buy Cars For Cash In Honolulu

You may be needing to sell your used car for cash in Honolulu because you could use the money, or perhaps you’re being deployed and leaving the island. If you need to sell your vehicle in Hawaii, we buy cars. There are lots of reasons people want to sell their vehicles quickly – and one of them includes they have had their driver’s license suspended for drunk driving. This is a no-no and one of the things that make some motorists bad (and dangerous) drivers, but what are the others?

Road rage! When traffic is congested or another motorist doesn’t move along as quickly as we think they should, it can result in high levels of stress and even anger in some people. People with road rage often tailgate or drive aggressively in expressing their rage. This is one more example of a bad driver.

Driving after consuming alcohol. We touched on this lightly, but driving with any amount of alcohol in your system at all really is a bad idea. Some people believe they are “fine” to drive after having a couple of beers, but this puts everyone in danger – the driver and other motorists in the vicinity. Just don’t do it.

We’re running late. Whether for work, a doctor’s appointment, church, or picking the kids up from school, running late results in speeding, running stoplights, and all kinds of bad driving behavior. Make it a point to leave on time, or even early.

Driving distracted. This means texting or talking on your phone while driving, but it also means many other things. Anything you do that takes your attention off of the road for one second is a distraction. Eating, reading, applying makeup, turning to talk to someone in the back seat. Don’t be a bad driver by driving distracted!

Hopefully, you are a good motorist, one who keeps your attention on the task at hand and drives carefully – and considerately. If you are thinking about selling your used car for cash in Honolulu, we buy cars, be sure to work with CarMark Hawaii!