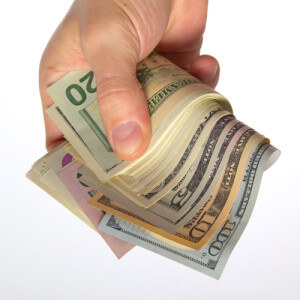 Are you looking to sell your used car for cash in Honolulu? We know that selling a used vehicle isn’t always as easy as it should be. Perhaps you’re a civilian who lives on Oahu and is looking to sell a car or truck you no longer use for some extra cash to use during the upcoming holidays. Or, maybe you’re a military member who’s being deployed and will soon be leaving JBPHH. No matter who you are or the reason, you can sell your used vehicle without jumping through hoops or wading through a bunch of red tape!

If you’ve ever dealt much with new car dealers, you know they often treat those looking to sell (or even buy) a used car like second-class citizens. You’re not as important as the other two or three customers browsing the lot drooling over those new cars. Why? Because it’s more profitable for the dealers to cater to new car buyers! Additionally, if you aren’t in the market for a new car, the dealer probably won’t give your used car much thought. It’s a shame, but it’s how the world works.

That’s what makes us different; we cater to everyone, both civilians and those in the Air Force, Army, or other branch of the military who only want to sell their used vehicles and walk away with cash. Should be a simple process, right? It is. When you decide to sell your used car, SUV, or truck all you have to do is fill out our appraisal form, then come in when we contact you and it’s pretty much a done deal.

We buy used cars in Honolulu, we’re easy to work with and there are very few stipulations. We don’t accept salvage titles, but if your vehicle is a 2007 or newer model with 100,000 miles or less, chances are you’ll get cash the same day you bring it in – paid for or not. No hassles, hidden costs, or fees. When you’re looking to sell your used car for cash on Oahu, count on CarMark Hawaii! We’ve been around forever, so you can trust you’ll receive a fair deal and fast, friendly service.