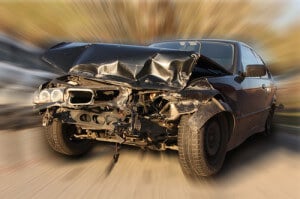 Whether you’re a civilian or a member of the military serving in the Army, Air Force, Navy, or Marines, you may be looking to sell your used car for cash if you’re leaving Hawaii and have heard about a salvage title. Perhaps you’re not in the military but moving to the mainland, or are in the Army and being deployed.

Regardless, if you’re searching for a company that buys used cars for cash in the Honolulu area, it’s important to know that some companies do buy salvage title vehicles, while others don’t. For this reason, we’re explaining what a salvage title is for those who aren’t sure.

How a Salvage Title Works

Essentially, when a vehicle has been given a salvage title it means the car has been extremely damaged in an accident or even totaled. In most cases, insurance companies find that the cost of repairing a vehicle that has been damaged to this extent is more than the vehicle is even worth. Major repairs must be made before a salvage title vehicle can be driven on public roadways, so insurance companies often just sell the vehicle to companies that recycle components and reuse parts that are salvageable for other vehicles.

In some states, salvage vehicles can be rebuilt and made safe to drive again, however it’s vital the car is repaired by a professional. This can be a real money saver if you’re looking to buy a used car, but you have to be sure it’s been solidly rebuilt, otherwise it could cost you a pretty penny. For this reason, it’s important to do a little research to learn more about the person or company who rebuilt the vehicle. Purchasing a salvaged vehicle is typically a bad investment, but not in every case. Know what you’re buying.

At CarMark Hawaii, we will buy your used car for cash in Honolulu, however, one of our stipulations is that the vehicle is NOT a salvage title. Others who move into the Honolulu area (whether civilian or military) may be in the market for a good used car, so we prefer not to carry vehicles that have been severely damaged or even totaled. Other than that, selling your used car for cash is easy! Just fill out our online appraisal form, and we can take it from there.

We’ve been in the business for a quarter of a century, so you can trust us for an honest deal. Get cash for your used vehicle the same day you bring it in! At CarMark Hawaii, we make it easy.