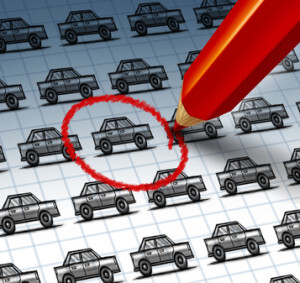 Recently, (on April Fool’s Day, in fact) Consumer Reports published an article about some of the vehicles consumers would be “foolish” to buy, for reasons such as reliability, owner satisfaction, price, value, gas mileage, and other factors. At CarMark Hawaii, our business is buying used cars for cash in Honolulu. While we’re certainly not a car dealership, we thought readers might be interested in learning what the organization found, based on their research, for car reviews 2015.

Which is the least reliable new car for 2015? The Fiat 500L, which has about 16 times the problem rate of the Scion xB, the most reliable car according to Consumer Reports. Priced from just over $19,000, the Fiat 500L is one that many consumers want to avoid according to the report.

In the midsize sedan category, the Volkswagen Passat won as the most expensive to own. While there is a lot to love about the Passat, CR found that the total owner costs over five years is nearly $45,000 and includes depreciation, insurance, interest, fuel, maintenance, repair, and sales tax. In the midsized sedan category, the Toyota Camry Hybrid XLE was the winner.

Midsize sedan with the worst value? Surprisingly, the Nissan Altima V6 won this contest. According to CR, several factors work in determining which vehicle are the worst when it comes to value, including road-test scores, five-year ownership cost, and predicted reliability. In fact, it was found that the Altima V6 was the only midsize sedan model that ranked below average!

Worst fuel economy? The Nissan Armada, which averages 13 mpg. In town, according to Consumer Reports, owners can expect to get about 9 mpg. Enough said.

The Mitsubishi Mirage won out as the lowest-scoring car due to its noise, vibration, clumsy handling, and the fact that it just feels insubstantial and cheap. Great gas mileage at about 37 mpg, but that’s about it. The Mirage received a Poor score from the Insurance Institute of Highway Safety in the small-overlap crash test.

Of course, these are the findings of Consumer Reports, and not our own personal opinions.

Are you in the military and being deployed, or simply want to sell your used car for cash? At CarMark Hawaii, we’ve been in the business for more than 25 years and are trusted professionals you can count on for a seamless, friendly experience. Bring in your used car, truck, or SUV and trade it for cash today!