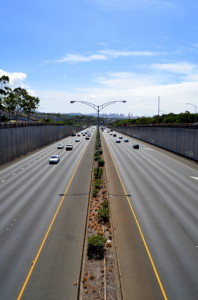 Just about a week and a half ago, Tesla Motors revealed their Model S electric car has undergone a couple of changes. First, the luxury sedan will have an all-wheel-drive version; second, an autopilot feature will make it possible for the sedan to park itself! Pretty amazing what manufacturers can make cars do these days. Many models can even parallel park themselves these days, a feat that, while extremely difficult for many drivers, seems to be easy for the cars.

The folks at Tesla implemented a combination of sonar, radar, and cameras that are capable of recognizing pedestrians, stop signs, and highway barriers according to a news article at the Wall Street Journal. This will help increase safety and prevent accidents. The new self-driving features are being installed as this article is being written, according to Elon Musk, Chief Executive at Tesla.

The Tesla will also be equipped with twin electric engines in its luxury model come December. One of the engines will engage front wheel drive, while the other engages rear wheel drive. Musk told Tesla owners at the unveiling of the new Model S that the dual engines would allow the car to go from standing still to 60 mph in just over three seconds. Pretty nifty for an electric car!

At CarMark Hawaii, we love cars! It seems that electric cars will be the cars of the future (and even today), which will no doubt be healthier for our environment than fuel powered vehicles, especially driving in Honolulu (our traffic is ranked #2 worst in the nation). If you have a used vehicle that’s a 2007 or newer model and 100,000 miles or less, we will be happy to buy it from you if you’re looking to sell your used car. Hondas, Toyotas, Fords, Chevys, Nissans, Chryslers, we buy them all! Set up an appointment today, or fill out our online appraisal form.