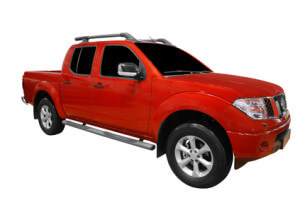 At CarMark Hawaii, our business is buying used cars. When you’re looking to sell your car in Honolulu for cash, you can count on our team of professionals for a pleasant, efficient experience.

As Honolulu used car buyers, We thought some of you who prefer pick-up trucks may be interested to learn which trucks offer the best gas mileage. We’ve compiled a list below of the top 10 according to Autobytel.com.

At number two, the 2015 GMC Canyon offers a 2.5L I-4 200hp engine and 6-speed automatic transmission, and the same gas mileage as the Colorado.

Another popular pick-up, the 2015 Toyota Tacoma is said to get 25 mpg highway, 21 mpg city. Standard features include a 2.7L I-4 159hp engine and 5-speed manual transmission.

Rounding out the top ten are:

As you can see, the gas mileage varies tremendously – but for many people, it’s more about their preferences in terms of style and horsepower than about gas mileage.

Have a used pick-up you’d like to trade in for cash on the spot? Come visit CarMark Hawaii today for a fair deal, and friendly staff.