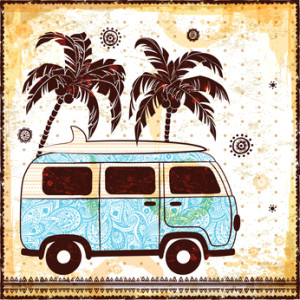 According to a recent article at Biz Journals, more people are buying new cars in Hawaii if the number of new vehicle registrations are any indication. During the first half of this year, new registrations increased by 12%.

New vehicle registrations increased in the first two quarters of this year to 26,922, up from 23,968 over the same time period in 2013. What are the most popular car brands in Hawaii? Toyota comes in at number one, while Honda and Nissan complete the top three.

According to the Hawaii Auto Outlook report, Ford, Chevrolet, Jeep, Dodge, and other American-made cars seem to be the least popular choices for those on the island. Overall, in the first quarter of this year, the number of auto sales was nearly five times higher than the national average, which means the state had more new vehicle sales than in the mainland.

The most popular models on the island early this year were the Toyota Corolla, Toyota Prius, Honda Accord, Honda Civic, and Honda Fit. Compared to a market share of nearly 27% for Toyota, Ford came in with a dismal 8.3% market share.

At CarMark Hawaii, we find all of this very interesting and informing. According to executive director of the Hawaiian Automobile Dealers Association Dave Rolf, the auto industry in Hawaii is robust, progressing rapidly from the recession. Ultimately, the continuing sale of new vehicles will mean increased tax revenue for the state.

Are you interested in selling a used car for cash? At CarMark Hawaii, our business is buying used cars of all makes and models that are 2007 or newer with 100,000 miles or less. Whether you have a Toyota, Nissan, Ford, Chevrolet, Jeep, Honda, VW, Dodge, or any other make, come by and see us or call for an appointment today!