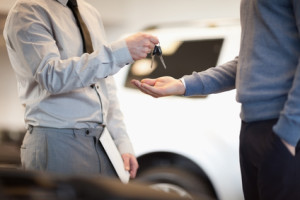 Selling a used Ford or Chevy in Honolulu doesn’t have to be difficult. There are plenty of ways you can go about it, especially if you’re in no hurry and have all the time in the world. Advertise your used vehicle to individuals via the newspaper or radio, or set it in a heavily trafficked area with a “for sale” sign on it. Or, go around to the car dealerships in the area and see if any are interested, and who may offer the best deal. If all of this sounds too complicated or like too much work, or if you’re in a hurry because you are being deployed or leaving the area, try CarMark Hawaii, the professionals who specialize in buying used cars in Honolulu!

Trying to sell a used truck in Honolulu is easy when you choose a company that is in business specifically for that reason. Most car dealers are more interested in selling new or late-model cars, and making a good profit. If your Ford or Chevy is 8 years old, most won’t be too interested – or they may take it as a trade-in on a newer model, giving you far less than you deserve for it. However, if you’re not interested in getting another truck, car, or SUV, but simply want cash for the one you currently have, make it easy on yourself. Why go through the hassle of dealing with individuals or car dealers, when there are companies like ours available to make the entire process as easy as pie?

We don’t have a lot of rules to make it hard. As long as your vehicle has less than 100,000 miles and is a 2007 or newer model with a straight frame, chances are you’re in business! What, your car or truck isn’t paid off yet? In most cases that’s no problem either. For those who only want to sell a used Ford or Chevy in Honolulu but who don’t want a big hassle or problems, count on CarMark Hawaii. We’re all about convenience and ease; in fact, when you come in chances are we can work a deal the same day – and give you the cash you need on the spot, no questions asked!