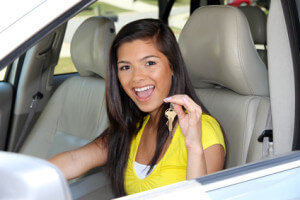 Whether they’re 16, 18, or older, getting their first vehicle is one of the most exciting times in a teen’s life. If you’re the parent footing the bill, or your teen will pay for the car but you’re trying to find one that’s both affordable and reliable, there are some very good options. At CarMark Hawaii, we buy used cars for cash, so we know what’s in demand. However, we thought teens and parents would be interested to learn about some of the vehicles available for about $12,000 or less, and that provide an extra measure of safety for teens.

According to an article at Forbes, some of the safest used vehicles that may be within your budget include:

According to the CDC (Centers for Disease Control and Prevention), car crashes are the number one cause of death among teens in the U.S. ages 15 to 19. Safety is critical, so the vehicles teens drive should feature electronic stability control, front/side and/or side curtain airbags, and be heavier/bigger for added protection. Parents should also choose a vehicle with high safety ratings, and avoid high horsepower models, as teens are often tempted to speed or even race.

If the time is coming up for your teen to begin driving, consider the cars above, and the factors that help make driving safer. Teenagers can enjoy a good-looking car that is safe and also affordable, instead of an “old beater.”

Looking to sell your used Subaru, Volkswagen, Buick, or Volvo for cash? At CarMark Hawaii, we’re used car buyers that buy 2007 and newer models that have straight bodies, and 100,000 miles or less. The process is simple, so give us a call today!